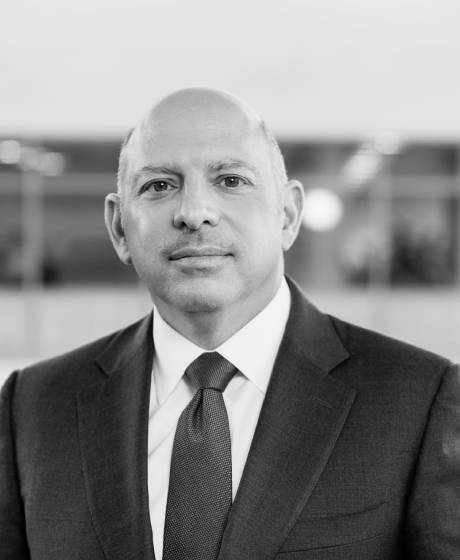 David Brickman is the chief executive officer of NewPoint Real Estate Capital and the executive chairman of Meridian Capital Group. Through January 2021, Brickman was chief executive officer, previously president, of Freddie Mac, one of the largest providers of mortgage financing in the US. He also served on the company’s board of directors. During his tenure, he led the $2 trillion-plus company through a period of significant growth, change, and disruption as a result of the COVID-19 crisis and associated recession.

Brickman spent most of his career at Freddie Mac working in and leading the multifamily business, presiding over a remarkable period of growth, raising annual production from $16 billion in 2010 to almost $80 billion in 2018. He established the company's flagship K-Deal securitization program as one of the leading securitized products in the structured finance markets. Brickman also drove significant innovation and expansion in Freddie Mac’s products and offerings, particularly those serving the increasing need for affordable and workforce housing.

Brickman holds a bachelor's degree from the University of Pennsylvania and a master's degree in public policy from Harvard University. He completed all doctoral coursework for the PhD program in economics and real estate at the Massachusetts Institute of Technology. He is currently a senior advisor to Stone Point Capital, a Non-Resident Fellow at the Urban Institute, and has held appointments as a professorial lecturer at the George Washington University and an adjunct professor at Johns Hopkins University. He holds a US patent for a novel type of mortgage-backed security structure.